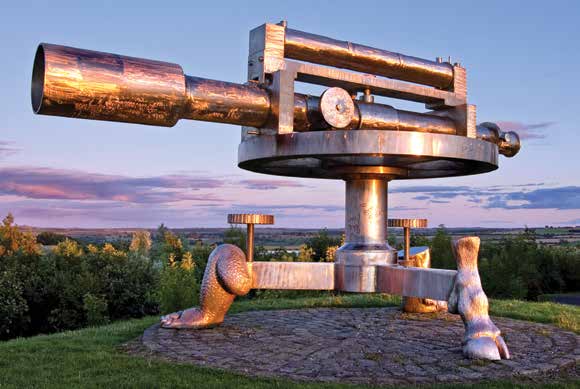 High up on the edge of the moors in County Durham, on the site of a former steelworks, is a powerful piece of art.

In the 1960’s Consett Steelworks made some of the highest technology steel in the world, but in September 1980 the steelworks shut down, ending 150 years of iron and steel-making in the area.
The railway serving the steel town was closed shortly afterwards and the area was redesigned as a cycling and walking route by 1990 with artworks being added between 1988 and 1998.

A sculptor, Tony Cragg, was commissioned to create a lasting memorial to the steelworkers of County Durham. When Cragg visited the site, there was nothing left of the steelworks, so he decided to call the project Terris Novalis – literally “new made land”. 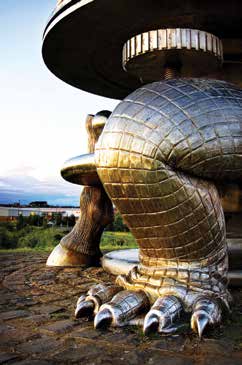 Cragg made models of the Terris Novalis sculpture in 1992, cast in mild steel, but for the commission in Consett, he blew them up from 2m high to over 7m high, and cast them using stainless steel. They were installed in 1996, with the help of a massive crane. Terris Novalis became a phenomenal piece of work: giant instruments marching across County Durham on their strange feet.

The work operates on many levels, from reflecting the craft of the steelworkers, which echoes generations of iron and steel production on the site, to the massive scale of the sculptures, which are 20 times that of the originals. They hint at the vast size of the former steelworks and allude to the
instruments that surveyors used both to construct the works and to clear the site afterwards.

The sculpture’s instrumentality as a symbol of precision and engineering is as striking as the mythology that Cragg applied to the armorial supporters – the many birds and animals whose feet support these huge chunks of stainless steel. It suggests Terris Novalis carries its cargo of one and a half centuries of human endeavour to create iron. 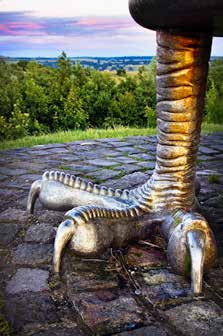 Tony Cragg, who works in Germany, has slipped from public notice since his Turner Prize win in 1988. Perhaps that suits the slightly mysterious character of Terris Novalis: there is no plaque, sign or interpretation board to explain what it is, or why it landed on the outskirts of Consett.

Terris Novalis tells a complex tale of the relationship between nature, man and technology. It is made from stainless steel, a magical material that resists time and could be seen to represent man’s mastery over metals through the very processes that went on at Consett.

The striding beast of Terris Novalis, can be seen from kilometres away. At the time, it was contentious, because Cragg works in Germany, so the stainless steel was cast in Düsseldorf – ironic when it found itself landing on the site of a British steelworks. 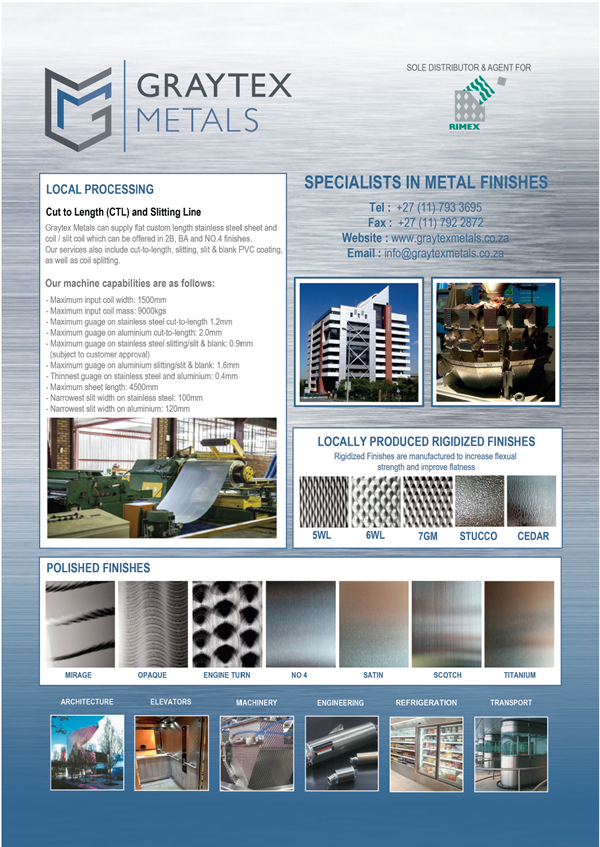